Ben Griffin is a self-described ‘gently aging Baby Boomer’ who keeps reinventing and reimagining himself every so often, whether he needs to or not... 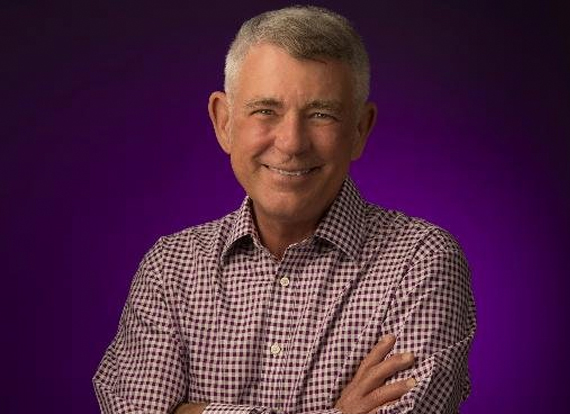 One of those reinventions led to creating CEOIQ®. That one came after being fired… for the third time in his live(s) as a corporate employee…But, as Ben likes to say…

Reimagining the future came as Ben closed-out over 15 years of corporate turnaround work in the financial services industry. The idea of drawing more ‘X’s’ thru names on yet another organization chart in a large company had just lost its appeal after 6 turnaround assignments.

Earning his MBA from Rollins College, Winter Park, Florida, Ben first went the big-corporate route, heading to New York and a Fortune 500 Company. Next stop was a smaller company in Cleveland. In his first reinvention, Ben started a consulting company (he got fired the first time in his late 20’s and decided to go on his own).

About 5 years and two challenging partnerships later, the consulting business got reinvented into a software company. Developing custom software for large companies looked like the ‘way of the future’. By the mid-1980’s, software was getting more capital intensive and Ben had invested every dime he had in the growing company. To finance growth, he took on some debt just as his customers in the financial services industry were headed into a big downturn. A venture capital financing went ‘sideways’, pushing Ben and his company into insolvency. He talks today about his narrow brush with personal and corporate bankruptcy and how he sold the company to a former customer, covered the debts and dodged the bullet.

Temporarily losing most of his entrepreneurial enthusiasm, it was back to the corporate side…first working for the people who bought his company. There, he learned that when they start ripping your ‘baby’ apart, it is very tough to stay in the game. The next stop was into the turnaround fray, working for three large financial services firms over 15 years.

With lots of hard-won corporate and entrepreneurial experience, Ben’s next reinvention came by finding a way to give back and grow at the same time. He became an executive coach and facilitator for CEO peer-groups. At about the same time, he launched a parallel practice designing and facilitating leadership team learning laboratories. The programs include strategy, team alignment and management by objectives.

Along the way of life, he’s shot tens of thousands of shotgun shells at clay targets – chasing Skeet and Sporting Clays in tournaments around the country. He plays guitar now and again – a reminder of youthful days performing in a 9-piece blues band to pay college expenses. A basement full of woodworking equipment did not get much use so he sold all of it, and he has the obligatory stationary bicycle that doubles as a clothes hanger too much of the time. Lately, his digital photography gear has been getting more of a workout and he has a photography website, Gryphon Images.

He’s living his mantra – Current / Connected / Involved / Relevant – through his work with CEO members of his group, executive coaching work and chasing the elusive perfect wildlife image with a camera. In 2014 Ben decided it was time for yet another reinvention. While continuing to speak, run workshops and facilitate CEO Peer Advisory Groups, Ben started working on CEOIQ® Leadership Labs, on online resource for entrepreneurs, CEO’s and organization leaders who will not take time for a three-day workshop and need more than a Google search to take their business to the next level.

Today, CEOIQ® combines the best of real-world and virtual-world learning experiences for CEO’s, C-Suite Leaders and ‘firing line Leaders’ in organizations of all sizes.

CEOIQ® Peer Advisory Groups that Ben facilitates are a way for CEO’s and leaders to connect and learn from each other ‘in-person’. CEOIQ® Peer Groups now include members and facilitators in Ohio and Florida. The online Leadership Laboratories Ben has developed with numerous colleagues and contributors are a virtual-world incarnation of the real-world workshops and seminars Ben created and led successfully for over 10 years.

CEOIQ® is a portal for 21st Century Leaders to apply real-world learnings and use technology to extend their knowledge, skill and leadership assets. Using Leadership Laboratories, Team Members of any company can learn and grow actively, in their own time and their own way, using the tools at CEOIQ.com.

In 2021, Ben and his wife Rita completed one more reinvention, relocating to the Fort Myers, Florida area as CEOIQ went increasingly virtual in the pandemic. They are building their ‘forever home’ in the area

Check out Ben’s LinkedIn profile anytime and connect with him there. You can also reach him at [email protected] or on his cell at 410.804.3848.

Is Your Strategic Plan On the Top Shelf?